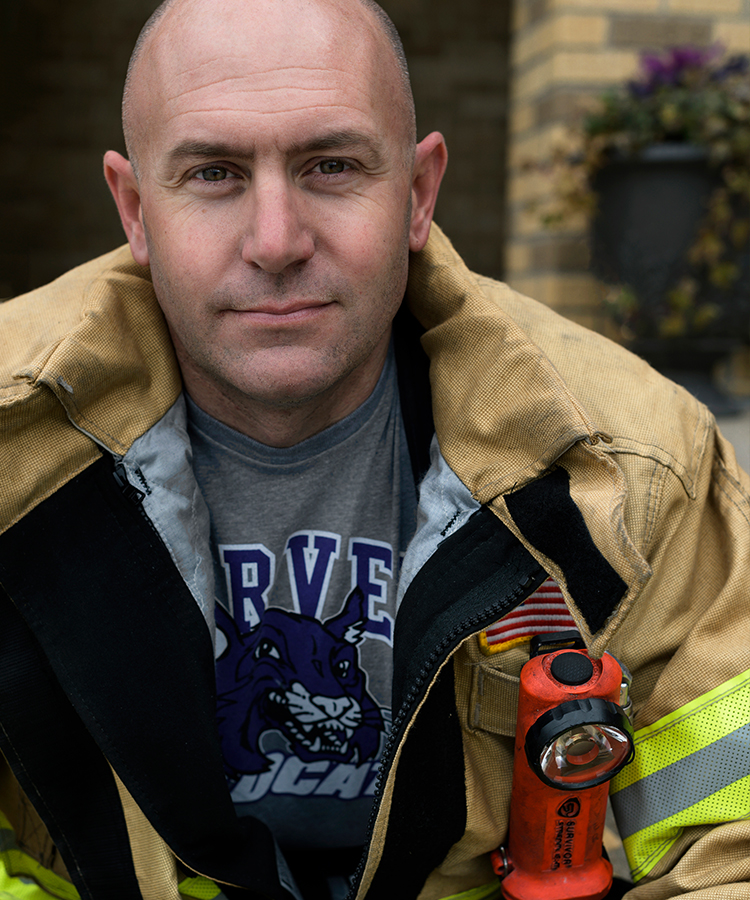 There is a space between childhood and adulthood where it gets a little tougher. Socializing becomes more of a burden in middle school. Even people whose sole mission is to help others can seem, well, scary.

When Dave Weaver started Bike Club at Carver Middle School, he had the blessing of the Tulsa Fire Department for this very reason.

"We really want those kids to see firemen in a different role," said Weaver, "because we've been told that sometimes we are almost intimidating to that age group of boys."

With that in mind, his bosses at the Tulsa Fire Department, Captain Fry and Chief Kaiser, fully supported Weaver's mission to bring Bike Club to Carver. Weaver says the fire department loves to find ways to serve in the community.

Weaver set things in motion within the fire department so that he could get the support he needed to do his job and work with Bike Club. But Weaver was not alone. "We built a lot of our Carver team around firemen that volunteer there too," said Weaver. There are six Tulsa Fire Department volunteers in Bike Club. Bike Club kids at Carver know that someone from the Tulsa Fire Department will be there every Thursday.

When asked what made him initially want to work with Bike Club, Weaver said it grew out of a lifelong love of cycling. Weaver has raced triathlons, road bikes and said he just loved to ride. "Biking is always something that's been part of me for a long time," offered Weaver.

But why did Weaver feel drawn to this particular age? "I've had the passion to always give back to the junior high ages," said Weaver. "It's a very important age group for me. So I was looking for a way to interact with kids in that middle school age group." 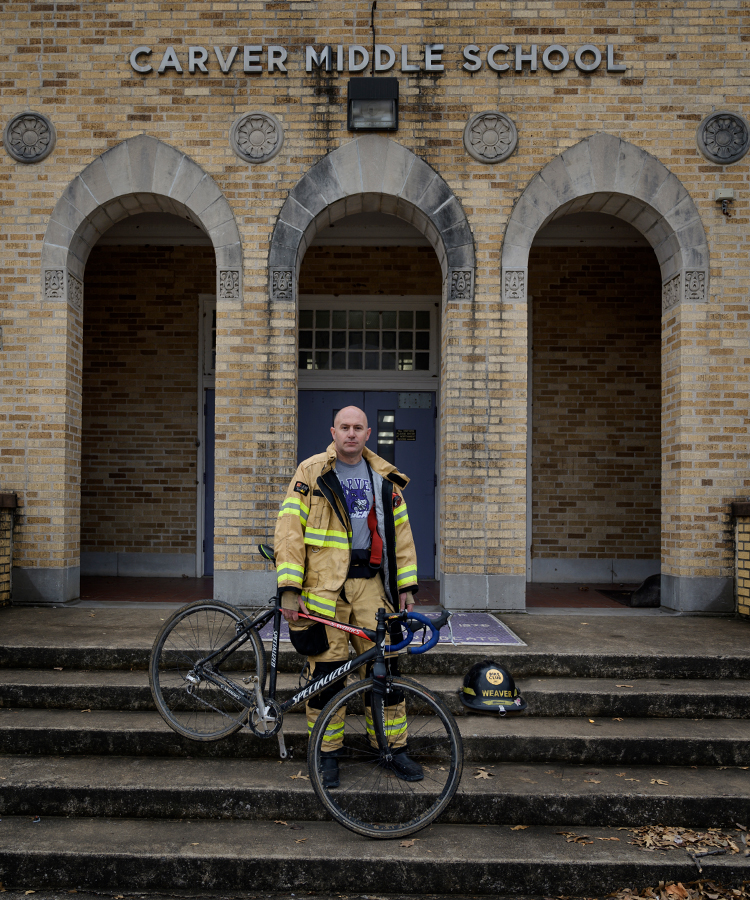 It also helps that Weaver's own children are 11 and 13. His 13-year-old is in the Carver Bike Club too. Weaver enjoys that his daughter can see him work with other kids. "It's kind of fun to watch her develop and grow in that way too."

Weaver's joy for Bike Club is infectious. "It's been awesome to see the changes in them and the excitement that they get and the things that they'll tell you just walking down the hallway." Weaver laughs. Weaver says he can just be in the Bike Club room cleaning up and will have kids tell him about a test that went well or how a Bike Club student is proud of some work they turned in.

"It gives them the motivation to try to improve things a little bit and it's just a lot of fun to see them make breakthroughs on a bike and in life," said Weaver.

Weaver said he likes seeing all of their successes. Whether it is with each other, as a student or on the bike. Maybe it is climbing a hill a little further than the last time they tried it. Maybe it is being more interactive in the classroom.

"Bike Club gives them the avenue to be successful in a lot of things," offered Weaver.

But Weaver and his crew do not take it easy on the Bike Club kids. "It's kind of interesting because we push them a little bit differently," said Weaver. Weaver said the fire department group is a naturally competitive group along with Jane Ziegler from INCOG who was a former racer ("Man, I love Jane! She is incredible. She makes me look really good," said Weaver).

The spirit of competition fits perfectly with Bike Club. Where some initial lessons were meant to bring all children along, Weaver and his club decided they would push the envelope. Weaver said they taught them more advanced skills. They built mountain bike obstacles. The kids responded quickly.

"I think it's been fun," said Weaver, "because we all get together and try to teach and push it a little bit farther. We stick to the curriculum of safety and learning group rides. We've been able to accomplish quite a bit with it and keep the kids more engaged by pushing bigger skills," Weaver laughed, "It's fun to see those kids develop!"

It even helped the Bike Club kids see members of the Tulsa Fire Department in a whole new light. "I don't know if it makes us more human," said Weaver, "but somehow just riding a bike with them changes the perspective of those kids. It helped build a relationship with them."

And Weaver admits, it might serve as an informal recruiting tool. "These kids can look and see what we do," said Weaver, "and maybe it plants the seed in their head, ‘Hey this would be a really cool job in the future. Maybe it's something I want to pursue'."

Weaver calls the Bike Club program, "incredible." He shares the story of a talk he shared with Mike Wozniak where Mike called the bike a bridge. In Weaver's experience, there seems to be a lot of barriers to get middle school kids to open up.

"But for whatever reason, you get on a bicycle and it cuts through the barriers," said Weaver.

Weaver says the success of Bike Club is that the adults and the kids are doing the activity together. "You're on the same level as the kids and you're doing the same activity with them and I just think that's awesome."

Weaver must be doing something right. The day after we held this interview, Dave Weaver won the Tulsa Fire Department Firefighter of the Year Award for his work with Bike Club and youth services.