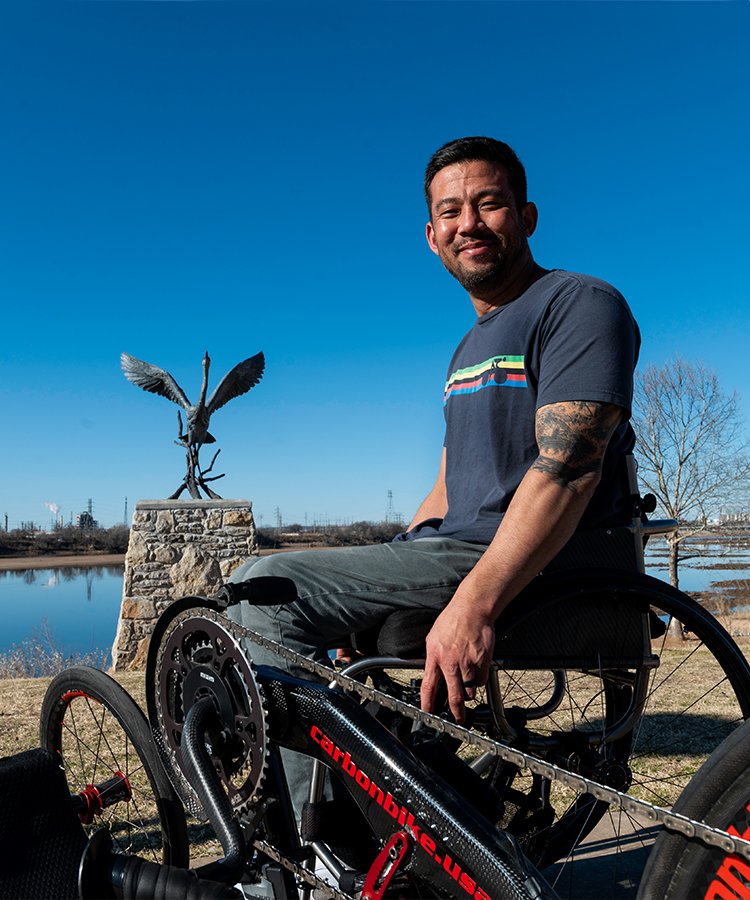 Park started racing 400-meter and 800-meter distances on the track. "That was not my thing," said Park. "So I transitioned into road racing and my thing was mostly marathons." He has ridden his adaptive mountain bike (aMTB) on glorious trails in Utah and Colorado. Park has spent a long time not just learning about adaptive racing but developing a profound joy of the sport.

So when Gabrielle Platt, an adaptive athlete from Tulsa and a Bike Club volunteer, called Park in 2021 and asked him if he wanted to check out the adaptive trails they were building at Lubell Park, he was in. But this was also someone who had seen the best trails out there. He was not going to be impressed just because there was a trail. It needed to move his bike and his spirit too.

"It was wide enough for adaptive mountain bikes to go by pretty easily," said Park. "It's very simple and pretty safe track. But you can always turn it up a bit and make it as difficult as you want." Park laughed to himself like someone who may have already had a little too much fun on Lubell Park's trails.

Park expressed his appreciation for what went into the new trail design and what it means for adaptive athletics as a whole. "There are obstacles you have to go around and you can make it as technical as possible. But it is for all levels of riders," added Park. 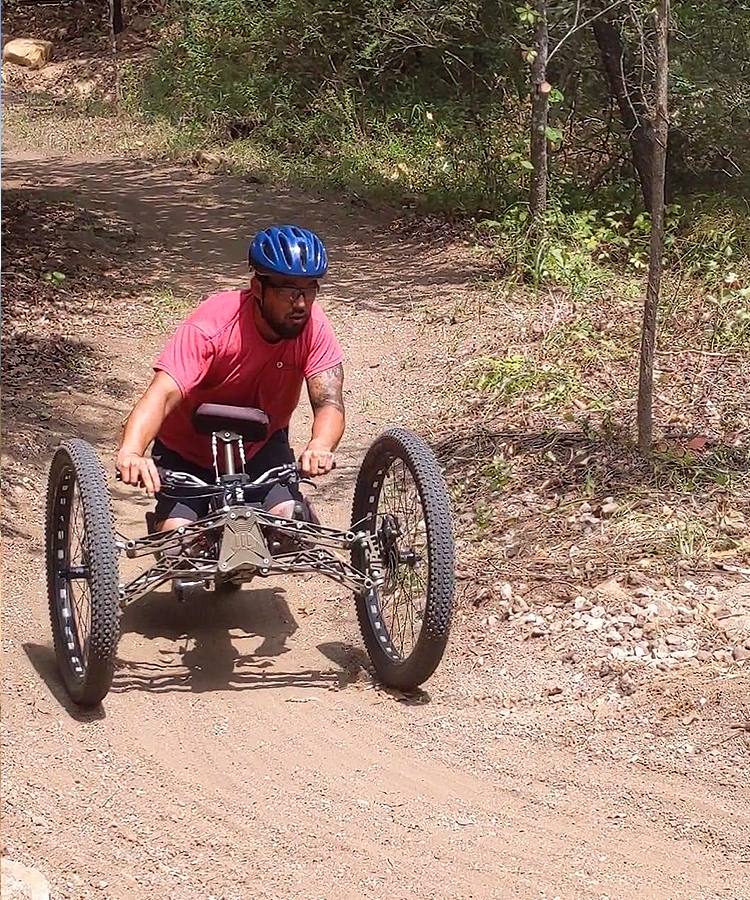 Park uses descriptive terms like every other rider who enjoys a good trail, whether that be on a MTB, Cyclocross, BMX or even an Adaptive MTB. "You can kind of rip it. Which I think is fantastic and inclusive for everybody to participate as a community in a sport that everybody loves," Park gushed.

There is an accepted but unspoken rule for all cyclists no matter the type of bike: riders just want to ride. And by all indications from Park, Lubell is pretty cool to ride.

For many of Bike Club's amazing volunteers, the next part of this story might sound all-too-familiar. During his visit, Park spoke with Gabby and Jason Whorton. "Maybe," Jason asked, "you'd want to visit one of our Bike Clubs and explain how your bike works to the kids and go for a ride with us?"

Park accepted the invitation to Carver's Bike Club without fully understanding what that meant. "I never really dealt with middle-school aged kids,' explained Park. "I didn't know if they would even be interested."

For many of Bike Club's volunteers, they don't know what they are getting into either. It has been a minute since they were kids or only have experience with their own children and certainly not in any teaching position. The only common denominator is bikes and the same rule still holds true no matter the age: riders just want to ride.

Park explained his slight hesitancy. "I just went to show them my bike and show them how I ride. I was not sure how interactive they would be. I don't really get any good feedback out of it," Park said.

Park's presence changed the conversation and the continual curiosity of children prevailed. "Afterwards, I heard them talking about it," smiled Park. He loved the kids were interested in his bike. "It made me feel that it was worth going there to show them the bike and how somebody like that shows up in a wheelchair and ends up riding with them. It shows them that, 'Hey, we can pretty much do the same thing.'" 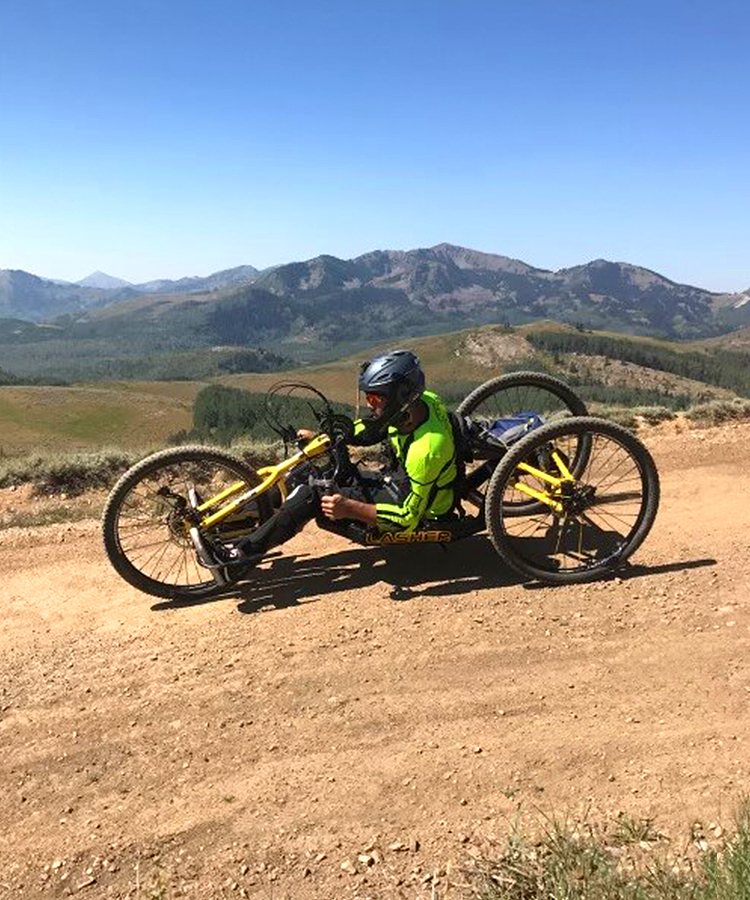 To say Park was impressed is not a stretch. He thought it was pretty cool. Not just the bikes but the knowledge gained. "From my perspective, It was good to see," said Park. "To show them that equality, that respect."

The aptitude and skill level of these beginning cyclists were already apparent to Park. "They understand the simple joy of bike riding," explained Park. But that was only part of what made the Bike Club kids stand out. Learning how to ride and basic etiquette, are integral to riding a bike.

"Getting that proper knowledge at an early stage will last them a lifetime," said Park. Park also loved how it gets kids out of the house and remaining active. "It was great to see a whole group of kids riding," said Park.

In fact, he wishes some more advanced (read: adult cyclists) shared the same attention to detail and etiquette as Bike Club kids do.

"It was cool to see them improve as they rode their bikes," said Park.

"I don't see adults doing what they were doing on some of our local trails."

If you are interested in being part of the greatest volunteer job ever — you get to volunteer and ride bikes — contact us for more information.